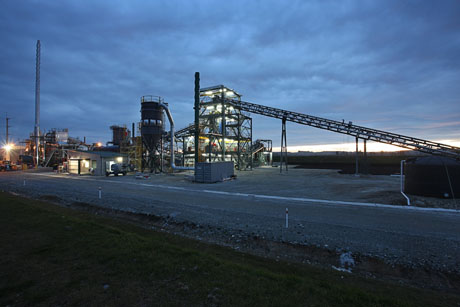 In June 2010, GTL Energy and Solid Energy New Zealand Limited (“SENZ”) completed a large volume trial of New Zealand coal at the GTLE North Dakota plant.  The briquettes were returned to New Zealand for combustion trials which were then applied to the Final Engineering and Design study that followed.

In June 2011, GTL Energy and SENZ signed a License Agreement for the construction of a plant to employ our technology in the South Island of New Zealand. The plant will be operated to provide product for the domestic market and to provide briquettes for international customer combustion trials.  Final permits and approvals to proceed were received in August 2011 and construction commenced in September 2011.  The plant was completed in December 2012 with commissioning completed in April 2013.